Patterns are all around us. We see them in nature, on clothing, and in any number of decorative items around our homes: wallpapers, rugs, pillows, upholstery, etc. Patterns perk things up. Think how dull it would be if everything were solid! I can’t imagine how plain my painting entitled Fruits, (Mostly) would be without the patterns on the bowl and tablecloth. And, certainly, Spots, Stripes and Squares would be so boring without the spots, stripes or squares!

Patterns have been a big part of artists’ work for a long time. The Japanese wood-block prints influenced many painters, such as Monet, Van Gogh, Gauguin and Toulouse- Lautrec, to name a few. The pointillists created their own form of pattern with small dots of color that become blended in the viewer’s eye to form an image.

Joseph Young is all about patterns. “I’ve always been a decorative painter,” he says Trained as an art historian, Joseph is influenced by many art movements, such as Art Nouveau, Arts and Crafts, and the artists mentioned above. “Even abstract expressionists such as Jackson Pollack were decorative artists in their own way,” he commented.

Joseph likes to paint flat, and uses pattern to give the illusion of three dimensions. He juxtaposes colors that vibrate off each other. “If there’s no vibration, I add another contrasting color, until I get the desired effect. I want the colors to either work with or against each other to create excitement in the painting.”

"Cowboy and Two Dogs
in a Landscape"
by Joseph Young

To achieve patterns such as these requires considerable patience. As you can see in his painting entitled Red and White Cat and a Puppy in a Landscape, there are many different elements, and each has its own pattern. There are so many varieties of butterflies, flowers, fish and birds; yet they are grouped in an organized, thoughtful way. You can tell that Joseph has a very strong sense of design (and an amazing ability to stay focused!).

In his painting Cowboy and Two Dogs in a Landscape, we see similar floral designs and butterflies, but here Joseph has used a pointillist effect of dots and tiny patterns to create a sense of depth against the flatter, more solid elements in the work.

"Woman with Pups"
by Rena Vandewater

Rena Vandewater also uses lines and dots to give her paintings movement and a three dimensional effect. Woman with Pups is a very stylized work – the woman and her dogs are flat, but everything else vibrates because of the patterns she’s created. Pear Tree would be a pretty uninteresting painting without the textures she’s given to the sky, leaves and patches of ground that together remind me of a quilt and needlework.

“I work intuitively,” she explains. “The painting talks to me the entire time I’m working on it. The patterns and shapes evolve in the process, and although I see the images as a whole, each space has a life of its own.”

Yellow Sun Vineyard also shows the influence of textiles on Rena’s work. The shapes of the hills, each with its own pattern and color scheme, convey the look of a collage piece. The red ground that shows between the patterns and as a border around the shapes makes the colors really pop.

Tracy Miller isn’t afraid of color. She often puts conflicting hues together to give energy to a painting. “People respond to color emotionally,” she says. Tracy lives in the foothills of a mountain area in Colorado, where the wildlife she sees daily inspire her art.

Her method is so different from Joseph and Rena’s, She says she follows a “visual haiku,” meaning that she starts with black lines painted in a free-form way to create forms for a color abstraction. “That movement and pattern informs the animal I create,” she says. “It just evolves from the initial drawing.” If you look at two of her paintings, Horse and Bear, you can see the initial black swirls under the red background.

But that’s just the beginning of the work. As she adds brushstrokes of color, the animal emerges, with its shape and musculature. Tracy uses different colors to show contour, rather than more traditional lights and darks of the same hue.

Other techniques that characterize Tracy’s unique style include switching between opaque and transparent colors. The moose in Lazy Days is portrayed with strikes of transparent hues that give it a luminous glow. Tracy often crops her image to zoom in on her color patterns, as in Longhorn Series II. “It’s more about the design, than a realistic image of the animal,” she explains. And, the flourish of a splatter of paint that flies over most of her paintings is “my, fun, energetic signature.”

So, keep your eye out for patterns. They are everywhere, and they make life so much more interesting! 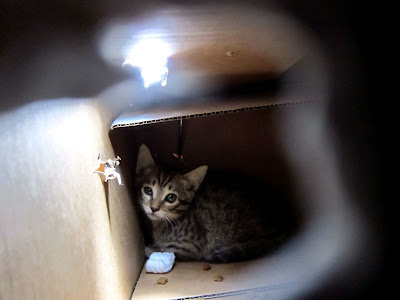 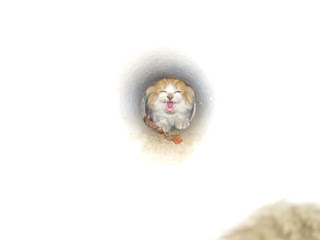 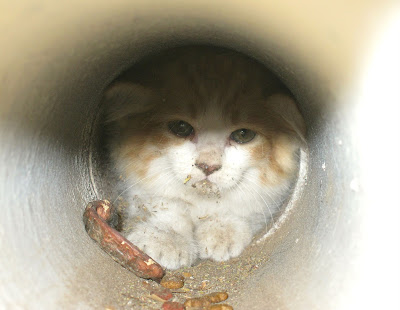 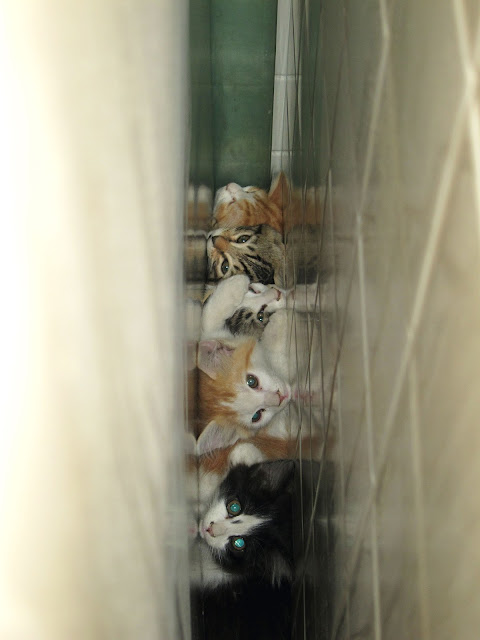 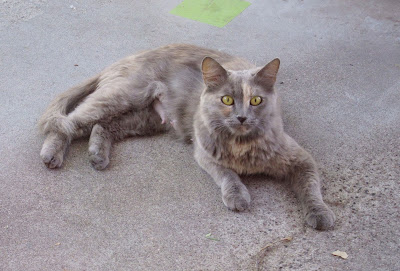