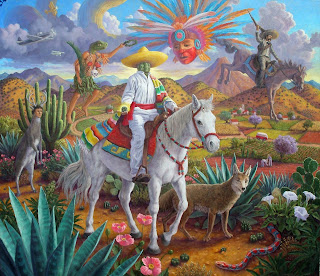 Please join us for the Summer Spectacular Artwalk
Thursday, July 10th from 7PM-9PM
On Display at both Scottsdale locations
For more information click here

Wilde Meyer Gallery represents so many fine artists; we thought we should give you a sampling of some of their recent achievements and honors. 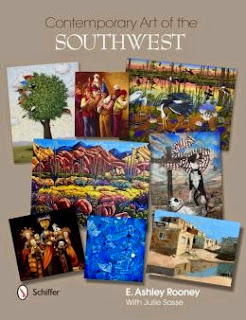 Timothy Chapman, Michelle Chrisman and Jeff Cochran are all included in a new hardcover book Contemporary Art of the Southwest. This is a beautiful high gloss book representing the best artists of the American Southwest. Author is E. Ashley Rooney with forward by Chief curator of Contemporary Art for the Tucson Museum of Art – Julie Sasse.

Timothy Chapman is also exhibiting his work in the US Embassy in Nairobi Kenya.

Bill Colt and Andrea Peterson’s paintings were real hits in their Scottsdale restaurant, so Del Frisco’s is now including them all over the United States.

Debora Stewart is finishing her book Abstract Painting: Expressions in Mixed Media. North Light Books will release it April 2015. In the “how to” book Debra shares her secrets for creating pastels and acrylic paintings. One of her recent pastels is on exhibit in Boston at the acclaimed Vose Gallery as part of the International Association of Pastel Societies.

Celebrating 25 years as an artist, Gregg Rochester’s “Tour d’ Art” (bicycle art show), will tour Europe this summer and be featured in New York and Miami later this year. Greg is a well know landscape painter featured on the National Endowments for the Arts website, and named Wisconsin Artist of the year.

Sarah Webber’s “Seated Bunny” was chosen to be part of Art of the Animal Kingdom XIX at the Bennington Center for the Arts.. “Are You My Momma” was juried into the American Women Artists 17th Annual National Competition in Orleans, MA.

Jamie Ellsworth is included in two new books. 100 Artists of the Northwest written by Ashley Rooney, and 1000 Dog Portraits written by Robynne Ray; both include beautiful work by Ellsworth.

Tracy Miller and Suzanne Betz are both participating in “The Cloud Foundation Annual Art Exhibit”. This is a celebration and fundraiser for Wild Horses through Art and Music. This is a really worthwhile cause helping to save our wild horses.

Selected as a finalist for this year’s Athena Award, Tracy Miller said it “was a real honor to be nominated. The award is given to outstanding businesswomen in the community, and I believe I was the first artist ever to be in the group”. Tracy was also selected out of 1100 artist submissions to be included in the new book Acrylic Works, The Best of Acrylic Painting by Nancy Reyner, published by North Light.

Sushe Felix exemplifies the beauty of the Sonoran desert through her paintings. Over one dozen of Sushe’s paintings were used to illustrate the beautiful program for the 2nd annual Tucson Desert Song Festival. I do not know who originally said this: “Visuals can be Music for the Eye”, but it is appropriate here, for these paintings are truly “Music for the Eye”.